Versa tracker now for sale in 2 KPN stores in Amsterdam 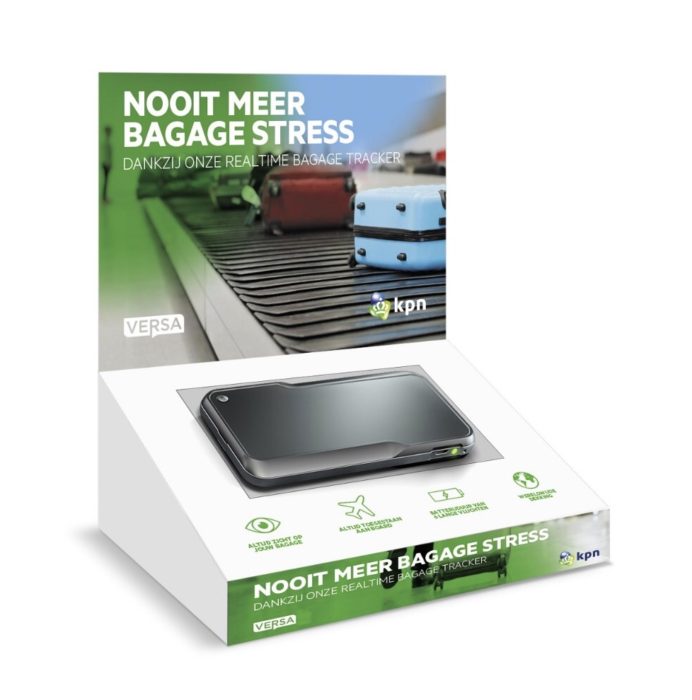 Versa and KPN have started a trial selling our Versa tracker in the KPN stores in Amsterdam. The Versa tracker is available at the stores in Duivendrecht and at the Rokin in Amsterdam. The KPN XL store is primarily focussed on the business market, one of the target markets of Versa. The KPN store on Rokin attracts an international consumer audience.

KPN is excited to extend/broaden its product portfolio with smart products like the Versa tracker. With the aim to make its customers lives easier. The Versa tracker removes the stress associated with traveling with luggage.

Purpose of both KPN and Versa is to validate the concept of selling a luggage tracker in the KPN stores. When the results of the pilot are positive KPN will roll out the product nationwide.

A successful pilot provides Versa with a good reference case to duplicate the concept of selling via retail in other countries.

Versa already partners with KPN as the global (2G/3G) connectivity provider for all Versa trackers.